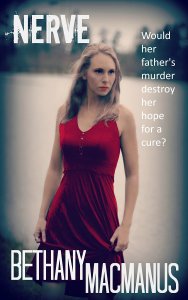 ted to save lives.
Now someone is using it to take them.
When Lauren “Wren” Masterson discovers her deceased father’s medical invention has been stolen from her childhood home in Florida, she never expects the officer assigned to the case will be Justin Breck, who asked her out two years ago.

He’s changed since then, seems like he’s hiding something. What happened to his openness, his no-holds-barred, carefree attitude? She wonders how this new Justin could possibly accept her imperfections, namely the persistent nerve disorder her father’s missing invention might cure.
Justin is learning the darker side of Doctor Masterson’s past life. The hard part? Proving it to Doc’s adoring daughter, while attempting to win her heart. He might have some history with her, but Doc’s lawyer, Connor Radcliffe, has more.
As bodies begin to drop around them, will Justin and Lauren find the invention before the thief uses it to kill Lauren?

As a reader, I’m looking to be entertained. I want the characters to seem real and the story world to draw me in. As a writer, I don’t want to get caught up in the technical side of writing. I hate when I see glaring mistakes in the writing or the writer’s voice is not working for me.

One of things I enjoyed about Nerve were the characters. Lauren, in particular, was really well done. I watched her grow throughout the story. It was painful for me the reader, when came to realize her father was not the perfect Dad. Then as she learned how to let go of her own control issues, so she could start to trust God more. When we first met Justin I instantly sensed the chemistry between him and Lauren. I love when the author is able to put the reader right in the story and watching their relationship develop was one of the best parts of the book. Of course, I say that being a romance reader and writer. 🙂 Lauren and Justin were well matched, so it was easy to root for them from page one. Plus, I must admit… Bethany knows how to write those kissing scenes!

Bethany hit the nail right on the head with this novel. Her keen editor’s eye made it an enjoyable read while her natural voice gave it the right flair. I loved Lauren’s personality and could see quite a bit of Bethany in her, which just made it even more fun to read.

Bethany’s ability to keep the mystery of who did it a secret is a true mystery writer’s gift. She kept me guessing through her whole first book and now with this book. She is a master of suspense!

An interview with Bethany Macmanus

Hi Bethany. Welcome to Suburban Thoughts! Thanks for joining us this week.  We love it when our authors stop by and answer questions. I really enjoyed your latest book, Nerve. I think it might my favorite that you’ve written. Now grab a cup of tea and settle in…

SZ: Your first book, Six Solitude Road, was in first person POV (point of view). Why did you write Nerve in third person? Just curious. I think that had a bearing on why I liked it so much!

BM: It is my opinion that first person contributes well to hard-boiled, snarky characters. Neither Lauren nor Justin fit that description, so I went with third person. Also, traditionally, romantic suspense is written in third person, because you have to slide easily into multiple POV’s.

Seven Sentinel’s Gate is also in third person, because it is suspense with a heavily romantic subplot.

SZ: Which POV was easier to write, Lauren’s or Justin’s?

BM: Believe it or not, it was easier to write Justin’s! I’m a “just the facts, ma’am” writer, and when I read a lot of heroine POV chapters in romances, they feel detail-heavy (not a bad thing), so I found myself adding a lot (or what I felt like was a lot) of extra thoughts/emotions/stuff when I wrote Lauren’s.

Also, I had practice writing my male protagonist amateur detective, Jacob Mercer, in Murdered Between Stalagmites. His POV has been the most natural for me to write, so far.

SZ: How long did it take you to write Nerve?

BM: I started it for NaNoWriMo in 2013, and didn’t officially finish it until Halloween, 2014. So, that would be exactly a year!

SZ: Do you have a special message for your readers?

BM: The take-away for Nerve is: honesty and openness lead to trust and a relationship that lasts, but a closed and denying heart lead to loneliness and arrested development in relationships. Surrendering every part of your heart to God is the key to letting Him fully into your relationships.

BM: I anticipate putting out the sequel to Six Solitude Road, titled Seven Sentinel’s Gate, in late August, 2015. But with little ones and their busy schedules this summer, it’s going to be tough!

Seven Sentinel’s Gate follows my character Allie Reese to California, where she moved after graduating from LSU.

Thanks for these thought-provoking questions! I had a great time answering them.

Bethany is offering a free eBook copy of Nerve to one reader.

If you would like win, then leave a comment! A winner will be selected on Saturday, February 21st.

Bethany lives in Houston with her husband, daughter, and son. After practicing as an RN for five years, Bethany left the nursing field to pursue a writing passion the L 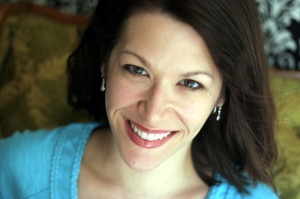 ord planted in her heart when she was a child. Nancy Drew mysteries were her guilty pleasure during those early years, so she naturally gravitates her pen toward the things that go bump in the night, and most of her plots have a psychological spin.

She’s allergic to cheese, Sulfa drugs, and people who stop in the middle of intersections while driving.

“You will not fear the terror of night,
nor the arrow that flies by day,
nor the pestilence that stalks in the darkness,
nor the plague that destroys at midday…
If you make the Most High your dwelling
–even the Lord, who is my refuge–
then no harm will befall you,
no disaster will come near your tent.” (from Psalm 91, NIV)

Available at Amazon or Barnes & Noble

I invite you to follow me at suburbanthoughts.com. I would love to share this crazy journey called life with you! View all posts by Stacey Zink