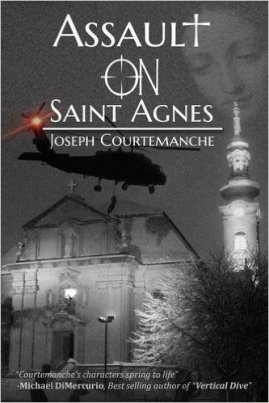 When terrorists assault Saint Agnes Church in Saint Paul, Minnesota, they expect to find a congregation of lambs: they get Bobby Kurtz instead. An unrepentant Cold Warrior, Kurtz destroys the terror cell with violent finality. Against his will, Kurtz is pulled back into the life he left behind decades before. He reluctantly picks up the burden of hunting the terrorists in our midst. He risks his life, and his marriage, in a single-minded pursuit of victory over evil. Working with a shadowy government agency, Kurtz uses all of his skills and experience to foil a plan that would plunge the Twin Cities back into the Stone Age. The final battle rages across the plains during a Christmas Eve blizzard in a story that will leave the reader pleading for more of Kurtz and his team of experts.

After meeting Joseph Courtemanche at last year’s ACFW conference, I knew he must write amazing books.  His personality is larger than life. He commands the room with a quiet confidence that speaks of life experience.  I volunteered to review his book on my blog when he posted on Facebook about its upcoming release day.  I wasn’t disappointed.

This is military fiction at it’s best! Short chapters filled with a great balance of military life and passionate characters will leave the reader wanting more.  I found myself thinking I would only read one chapter and ended up reading more.  The story draws you in, so be prepared. At the time while reading, I didn’t know about the author’s military background, but I figured he must have lived this life. Writing like this comes from the heart.

A Hollywood movie needs to be made about  Bobby Kurtz. He is the perfect combination of Robert Ludlum’s Jason Bourne and Tom Clancy’s Jack Ryan.

This a book to be read and enjoyed.  Thank you for providing me with an advanced copy, Mr. Courtemanche. 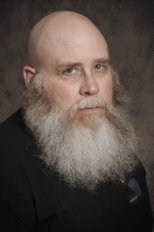 Joseph Courtemanche is a former Police Officer and Middle East/North Africa analyst. He is a distinguished veteran of the Naval Security Group of the United States Navy, and an Arabic linguist with training at the University of Minnesota and the Defense Language Institute (Honors Graduate).

Joseph holds several military awards, including two flag letters of commendation for his work in providing real-time intelligence support to commanders in the field. His experience provides the background that’s crucial to his writing in the thriller genre. He is a graduate of the University of Minnesota, Minneapolis, and holds degrees from two other colleges as well.

As a performer, he’s appeared on television in a variety of commercials, and does voice over work for both radio and television. He delights in doing his own audio books.

His greatest joy is working as a professional Santa for the last fifteen years, appearing in a number of television spots as the Jolly Old Elf.

He lives in Saint Paul, Minnesota with his wife and dog. Both of whom tolerate him fairly well.

Click here to purchase your copy: Amazon or Barnes and Noble

I am a follower of Christ and blessed to write stories that bring Him glory. One day, you'll walk in Barnes & Noble or do an Amazon search and find my book. In the meantime, I invite you to follow me at suburbanthoughts.com. I would love to share this crazy journey called life with you! View all posts by Stacey Zink