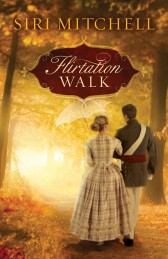 Trying to escape the shambles her con-man father has made of their reputation, Lucinda Curtis arrives in West Point, New York, determined to land a husband from the military academy. Campbell Conklin is first in his class and preparing to embark upon a storied career in the U.S. Army. Lucinda thinks Campbell will make the perfect husband . . . as long as he does not find out about her father.

Seth Westcott also has taken a liking to Lucinda. He’s kind, smart . . . and working extremely hard to graduate last. Tradition states that the worst cadets are assigned to the cavalry out west. And west is where Seth must head to track the swindler who stole all of Seth’s mother’s money. Seth is smart enough to vie for the top spot, but life isn’t fair and this is his chance to catch the man who ruined his family. It’s too bad Campbell is all shine and no substance, but Lucinda will surely see through all of that, won’t she?

Wow. I spent the last two weeks reading this book. I rarely allow myself to linger over a book that long. I tend to read fast and move on to a new book.  In this case, I enjoyed the characters and rich story line so much I couldn’t whip through it. I savored the intense moments and laughed with the characters when things went so very wrong. The personalities were well developed and each one carried their own strengths and weakness. Yet, there was not a character I didn’t like, even the mislead bad guys. I could understand their reasons for behavior and it endeared them to me.

I think my favorite line reads, “There’s just something about those West Point cadets… They never do anything by halves.” In a story where a con woman is trying to be good and a perfect cadet is trying to be bad, life is going to be interesting.

I enjoyed how the chapters flipped from her point of view in one, then to his point of view in the next. The book is written in first person, but with such quality writing, I didn’t notice.

I highly recommend this book. It’s a perfect read for anyone who enjoys, historicals, a good love story, or books about the military. I was provided with a copy of this book, in exchange for my honest review. Thank you, Bethany House!

I’m offering my copy of the paperback. If you would like to win it, just answer the one of the following questions:

Do you know anyone who has attended West Point? Or have you ever visited the West Point Academy?

I invite you to follow me at suburbanthoughts.com. I would love to share this crazy journey called life with you! View all posts by Stacey Zink