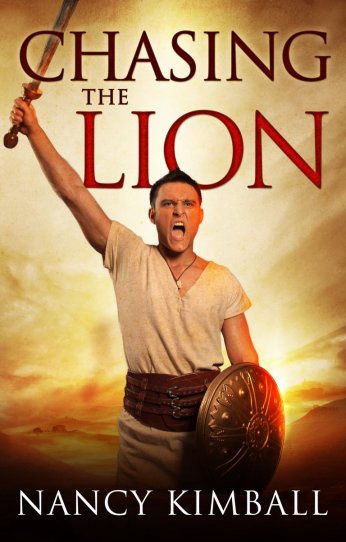 From the blood-soaked sand of the Roman arena, a divine destiny will rise.
For as long as Jonathan Tarquinius can remember, everyone has wanted something from him. His half brother wants him dead. His master’s wife wants his innocence. The gladiator dealers want him to fight—and die—for their greed. Rome’s most famous prostitute wants his love. And the gentle slave girl who tends the wounds on his body and the hidden ones on his soul longs for him to return to his faith.
What Jonathan wants is simple. Freedom. But God wants something from Jonathan too—something more than anyone would ever imagine. The young warrior’s journey will push him to the limits of human endurance and teach him that true freedom is found within. The greatest battle Jonathan must ever fight will not come in the arena, but deep within himself as he is forced to choose between vengeance and mercy—with the fate of an empire and the life of the woman he loves hanging in the balance.
***
Please meet Jonathan: son, brother, warrior, servant. He is many things, but the one thing he isn’t is free. After being sold into slavery he must find his way back home. His one goal in life is to seek revenge. He must be vindicated. When Nessa comes into his life he is reminded of goodness and grace. The kind of grace we received from Christ. She brings hope to a dark story. Watching their love grow through the chapters you become even more enamored with Jonathan. Nancy Kimball did her research so although this is a love story, it’s really about Jonathan’s fight to survive. One reviewer commented that if she didn’t know better she would think this book was written by a man. This isn’t a typical romance which makes it even more appealing. Nancy’s debut novel is worth every hour of sleep you will lose. Be prepared to love this story as much as I do.
Words with Nancy
What inspired you to write Jonathan’s story?
I found myself at the lowest point of my life emotionally, spiritually, and financially. I was wrestling with so many questions for myself and for God. I had failed at marriage, and at life, and I heard about National Novel Writers Month. The idea of writing fifty-thousand words in thirty days appealed to me to prove to myself I could still set a goal and reach it. But what would I write about? I went to a little hole in the wall cafe in midtown with a notepad and pencil on my lunch-break. I made a short list of stories I loved, two of which were the story of Joseph from the Holy Bible and the Gladiator film starring Russel Crowe. When I left the cafe that day, I had three things. The name of my hero, Jonathan, named for my favorite historical figure in the Old Testament. A title, Chasing the Lion, based on a sermon I’d heard a few weeks before about facing our fears instead of running from them. And an idea for a story about a young Roman noble betrayed into slavery who must become a gladiator to save the life of the woman of he loves. Jonathan would become an extraordinary character that is the foundation of my career as a novelist. I am still humbled that I was chosen to steward his story, and he remains a favorite in the heart of both my male and female readers.
I know you work full time and have a family, when do you fit in writing time?
Saturday mornings and Sunday afternoons, and evenings after dinner if my brain wasn’t fried with the demands of my day job. I am fortunate to have bosses and a husband who are very supportive of my writing career. The biggest challenge to my productivity is that I wrote Chasing the Lion, and Unseen Love, my sophomore novel, from a place of brokenness in my life. Writing was a cathartic release and a way for me to examine hard questions about life and faith and forgiveness through the filter of my characters. After remarrying in 2016 and having so many longings of my heart fulfilled by the Lord, I’ve had to learn to write from a place of joy and contentment. That was actually a much harder transition than I thought, but thankfully my process has finally evolved and caught up. Story is happening again and I am as thrilled as my readers at my recent progress.
What are you currently working on? Anything fun to share?
I am working on the sequel to Chasing the Lion, Charging the Darkness. I had put it on hold in 2015 but in April of this year returned to it with a concentrated effort. I am at twenty-five thousand words of the first draft and elated at how well this story is coming to the page.
Fun facts with Nancy
Early Bird or Night Owl? Night Owl
Marvel or DC? Marvel
Nachos or French Fries? Nachos!
Redbox or Movie Theater? Redbox
Beach or Mountains? Mountains
Describe your family in one word: GIFT
Dream vacation?Rome!
Favorite childhood memory?Going to my dad’s work truck to get one of his tools off his seat and finding the saddle I had been wanting for months there. Then screaming like a banshee and crying from happiness. As an adult now I understand more the sacrifice my parents made for that saddle, and the pony it went on. My momma is the one who always encouraged my writing since I was a little girl, and all the heroes in my novels have green eyes as a tribute to my dad. That’s something not a lot of people know, but now they do!
Giveaway
Enter to win a signed paperback copy of Chasing the Lion.
Answer the following question and you’ll be entered:
What is the best vacation you have ever taken?
Contest closes: Sept. 22nd
(Winner will be contacted the following week.)

7 thoughts on “Giveaway: Chasing the Lion”